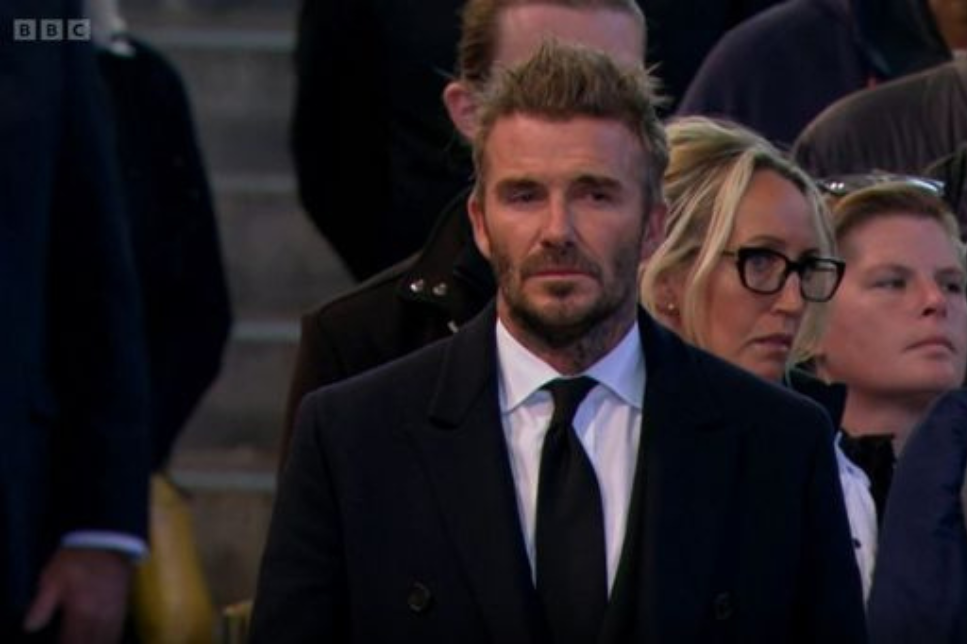 Former England football captain David Beckham described paying his respects to Queen Elizabeth II as “extremely emotional” after standing in line for hours through the night to pass by her casket yesterday.

The former Real Madrid and Manchester United player appeared among the throngs of fans making their way through London to Westminster Hall to bid farewell to Britain’s longest-reigning monarch.

People waited in line for hours to pay their respects to the monarch, Queen Elizabeth, who passed away on September 8 at the age of 96 after more than 70 years as monarch. Queen Elizabeth’s passing has caused an outpouring of sorrow across the country.

Prior to her funeral on Monday, her casket is resting in state at Westminster Hall. 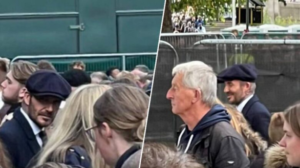 The government reported that the queue was momentarily stopped on Friday due to a park at the end of the line along the River Thames filling to capacity. Expected wait times are now expected to exceed 24 hours.

In the end, David Beckham, 47, was observed walking past the late sovereign’s casket while donning a dark suit and tie.

He walked out of Westminster Hall while holding his hands behind his back and bowing his head toward the catafalque.

The football legend told reporters as he walked by the casket, “It’s really emotional, and the silence and the emotions in the room is very hard to convey.”

“We’re all here to thank Her Majesty for being gracious, considerate, and comforting over the years.”

“She was our queen, and what a legacy she has left behind.”

“To have led the country in the manner she did, for the length of time she did, and with the respect that she… has acquired throughout the world — not just in our own country — speaks volumes.”

In 2003, Beckham was appointed an officer of the Order of the British Empire, and Queen Elizabeth personally presented him with his medal.

Mr. Beckham claimed that he had arrived at the line at 2:00 am in an effort to avoid the main rush but had failed in his mission. 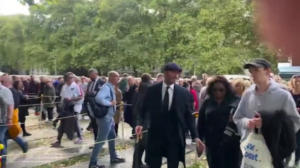 The former footballer added that it was an important moment each time the national anthem was played during an England game.

More than 2,000 people, including heads of state and government from around the world, will attend Queen Elizabeth’s state burial on Monday at Westminster Abbey in London.