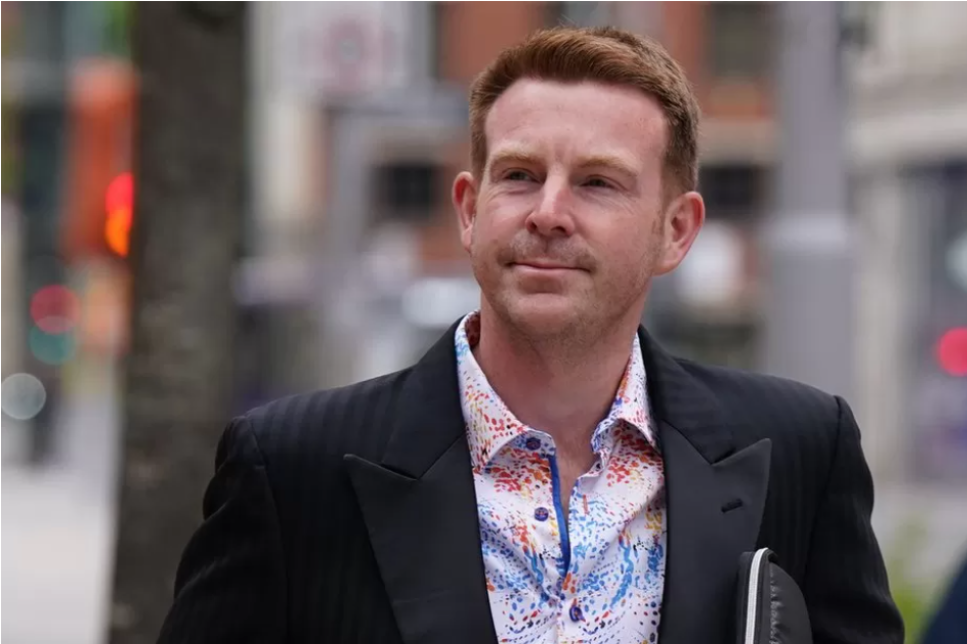 A former BBC radio host was sentenced to five and a half years in prison after being found guilty of stalking four persons, including broadcaster Jeremy Vine.

Alex Belfield pursued his victims by harassing them online. He currently maintains a YouTube channel.

He allegedly made YouTube videos about them, sent emails, commented on social media, and urged his followers to attack them.

According to the judge, one of his victims almost committed suicide.

Presenter Bernard Spedding of BBC Radio Northampton had endured nine years of Belfield’s harassment, and some of his followers had even threatened to kill him.

Because of your actions, the judge, Mr. Justice Saini, said to Belfield, “He was just some seconds away from ending his own life.”

“You stripped this incredibly accomplished and self-assured radio host of all joy in life and reduced him to a shell.”

Belfield did not personally approach or observe his victims, but the repercussions were just as harmful, according to the judge.

He declared, “The stalking you engaged in was not the traditional type which is popularized in the press.

“However, your methods were much more difficult to deal with and just as effective as a means of terrorizing your victims.”

The court declared that he agreed with several of the prosecution’s witnesses who claimed that Belfield had “weaponized the internet.” 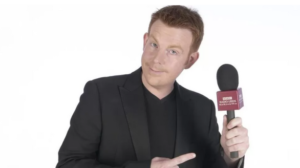 Belfield, a 42-year-old Nottingham native, was first accused of stalking eight distinct individuals, the most of whom were current or past BBC employees.

He “pursued a course of behavior that amounted to harassment” of the complainants, which “amounted to stalking,” according to the entire text of the allegations, and this “gave them considerable concern or distress.”

He was found guilty of this offence in connection to Mr. Spedding, also known as Bernie Keith, and cameraman Ben Hewis, two of the complainants.

He received consecutive sentences of two and a half years in prison for each of these offences.

The judge informed Belfield that “he had no escape from you.”

The judge cited the fact that Belfield’s harassment was made public as an aggravating circumstance because it led to his social media followers abusing Mr. Spedding as well over a “lengthy time.”

Death threats have been made in some instances, he added.

Although the victim testimonies were not read aloud in court, Mr. Hewis tweeted his following the punishment.

He “used my wife and children as his main tool to fear, threaten and blackmail me from his very first email and in the bulk of correspondence thereafter,” the man claimed.

“Blocking was also a fruitless endeavor because Belfield never stopped trying to reach me even when other methods didn’t work. He often publicly humiliated me to his social media followers after I blocked him on Twitter by using other identities to view what I was tweeting. He did this by sharing screenshots that he could only have gotten by using an account that I hadn’t blocked.”

Belfield was convicted of two less serious stalking offences involving Jeremy Vine and theatre critic Philip Dehany, which do not require the demonstration of grave concern or distress.

He received consecutive 13-week sentences for each of these offences.

In a video that was viewed by more than 400,000 people, Belfield allegedly claimed that Mr. Vine had stolen £1,000 from BBC license payers, according to the judge.

The judge stated, “You were not a whistleblower in any manner, but you became fixated on pursuing Mr. Vine with a campaign of harassment.”

The judge stated that Mr. Vine’s speech to a “mass audience” was also published by Belfield.

Although you never physically harmed anyone, Mr. Vine believed that he and his family were in danger because of you and your supporters, the court informed Belfield.

He was forced to request that his family keep an eye out for you and exercise caution in and around their home location. 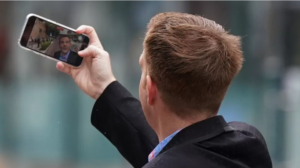 The judge issued restraining orders for each of the complainants, even those against whom Belfield was not found guilty of stalking.

The judge stated the following regarding the women: “Each of them was the victim of an email and social media harassment campaign. They all experienced severe mental health issues as a result of Mr. Belfield’s actions.”

The court clarified that when issuing the restraining orders, he was using the civil standard of proof and had no reason to doubt the jurors’ verdicts.

After ten years, Ms. Breen tweeted that she was relieved that justice had been served.

Despite the fact that four women were found not guilty, she wrote, “today’s jail sentences are a great relief.”

“Stalking is a crime. awful, cruel, and cowardly.”

According to the order they appeared on the indictment, the following verdicts were made with regard to each complainant:

Belfield could now understand that he had upset his victims, but he had not intended to do so, according to defense attorney David Aubrey KC.

He has now acquired the insight that he lacked in the past, according to Mr. Aubrey.

“He claimed he felt genuinely guilty for what he done and could sense their anguish in court.”

Belfield was informed by the judge that he will spend up to half of his sentence in jail and the other half on probation. He gave him a warning that if he committed another offence, he might possibly be sent back to prison.