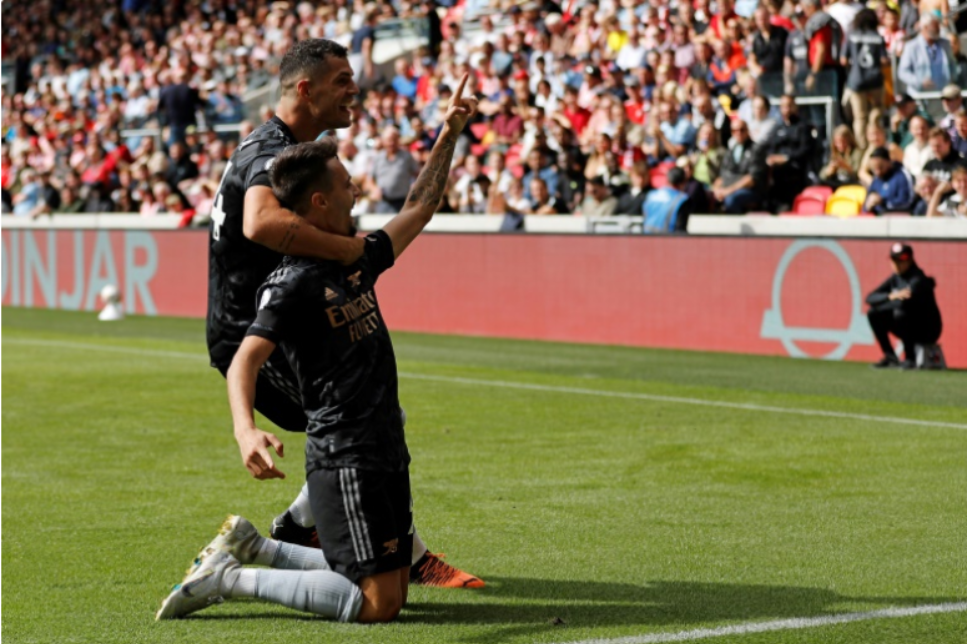 On Sunday, Everton defeated West Ham 1-0 to earn their first victory of the season, while Arsenal dominated Brentford 3-0 to retake the top spot in the Premier League.

Martin Odegaard’s and Oleksandr Zinchenko’s injuries had stretched Arsenal’s roster to the point where Ethan Nwaneri, 15, came off the bench late to become the league’s youngest player.

The Gunners moved back one point above Manchester City and Tottenham at the top of the standings despite losing 2-0 there last year. They did it without displaying any signs of weakness.

Before halftime, William Saliba and Gabriel Jesus scored goals with headers, while Fabio Vieira celebrated his first Premier League start with an incredible goal after the interval.

Thomas Frank, the manager of Brentford, stated he thinks Arsenal will be a title contender, and they played like it to completely dominate the Bees in the first half.

Granit Xhaka, a midfielder for Arsenal, stated, “We have a different approach this season. “We train like we play and treat the players who can make a difference with class.”

In order to relieve police strain around Queen Elizabeth II’s burial, the game had been moved up by two hours. Before the game, a minute of silence was observed in her honour.

When the action finally started, it was all Arsenal’s way after their lone loss of the season, which came two weeks ago while playing away at Manchester United.

Jesus also used his head to convert a tempting cross from Xhaka for his fourth goal in seven Premier League games since signing from Manchester City. 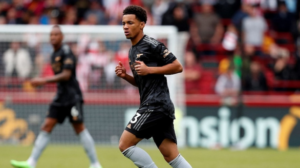 Odegaard’s absence also left place for Vieira, and the Portuguese midfielder made his impact four minutes into the second half with a superb shot from outside the box to settle any uncertainty about the result.

A minute from time, Arteta gave Nwaneri his Premier League debut at the age of 15 years and 181 days, shattering Harvey Elliott’s record of becoming the Premier League’s youngest player ever when he played for Fulham as a 16-year-old. This culminated an easy day for Arsenal.

Giving Nwaneri a debut, Arteta remarked, “It was just a pure gut sense.”

“He had to come yesterday because we have injuries, particularly Martin’s injury, and so I had that feeling from yesterday that if the chance might come, I would do it.”

Neal Maupay’s first goal for Everton earned the Toffees a much-needed victory, while West Ham will spend the upcoming international break in the bottom three of the standings.

Although Frank Lampard’s team had four points from four straight draws going into kickoff, they are currently unbeaten in five league games.

In the waning stages of the transfer window, a Dominic Calvert-Lewin injury compelled Everton to look for more firepower, and Maupay delivered on only his second appearance since joining from Brighton.

The Frenchman turned on Alex Iwobi’s pass, shot from the edge of the box, and helped Everton move up to 13th place in the standings.

With just one victory from their first seven league games, West Ham drops to 18th place.