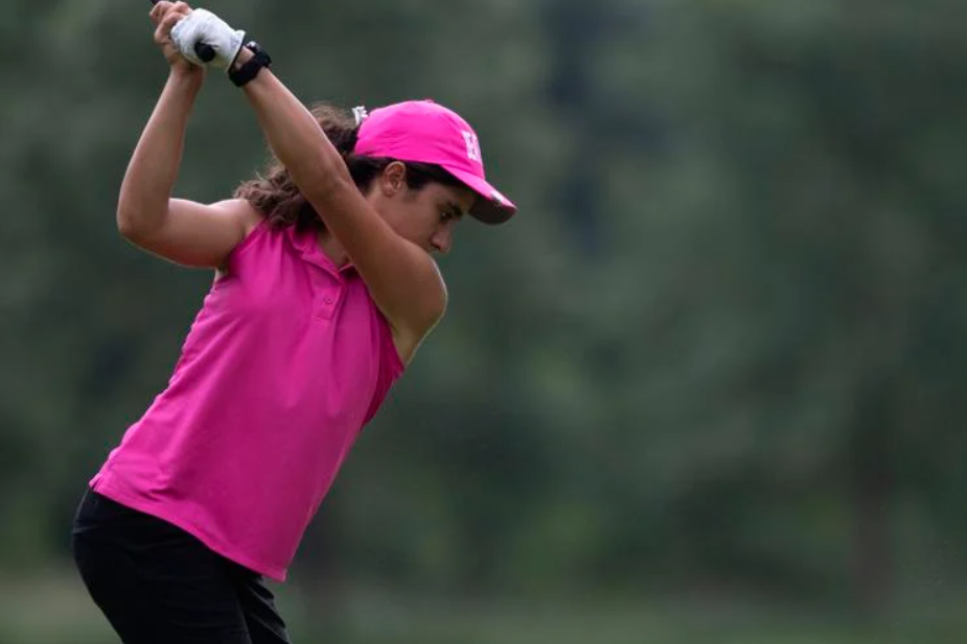 Mehlville’s Brown makes an entrance with a solid freshman season

Eva Brown, a freshman at Mehlville High, has a lofty but doable ambition.

I want to win state,” she declared. “I realise that that’s a lofty objective, but I believe that if we play good golf, we can achieve it. Play the way I play and avoid trying anything that makes you uncomfortable.

The way Brown has exploded onto the high school golf scene this season puts that objective within reach.

Brown had a good start, winning her first two tournaments with ease. She maintained this form in the following two competitions.

I went to see her at Annbriar (Golf Course) once before the season began, and I just knew we had a player, Kress said. “I felt she was quite remarkable when I got to see her play more and observe her course management.”

When Brown won the Lindbergh Tournament by four strokes on September 8 at The Links at Dardenne, she made her presence known. She shot a scorching 7-under-par 65.

She admitted, “I did appreciate how I was playing. “I was pleased with how I performed overall. There are always those putts or holes that I wish I could go back and make better, but everything worked out in the end. The day was enjoyable.

According to Brown, a difficult opening hole gave her round some momentum.

The one bogey she made on the front nine, she said, “but I feel like that bogey spurred me to go lower.” “I got 4 under on the final three holes of the front nine. I received an eagle after that bogie. It simply kept going. I was making putts and had strong drives. The situation was ideal. Even though I still regret a few missed birdies, I still believe the strategy was sound.

Brown had a chance to improve on her 65 but blew it on the last hole.

I attempted to go for an eagle putt, but I flew it past by approximately six feet, she claimed. As she approached the final hole, she said, “I got the birdie, but I felt like I knew that I was going low (with her score), so I wanted to try and go even lower with that eagle putt.”

Kress was pleased with his new standout’s performance in his first tournament.

I can only get snippets of some holes because I have to travel to meet my other players, but I knew things was going well when I got back and the scores started trickling in, he added. She was operating at full capacity that day. Things were getting worse, and you needed a little bit of luck. As a new coach, I noticed some interesting things that convinced me that she would make an excellent player.

“I was reasonably satisfied with that round, though I do lament a few putts. I could always look back on a few short putts that I missed and say, “I should have taken that back,” she admitted. “That round was pretty sturdy. I thought my putting was adequate, good enough to make putts for a birdie. My driver was reliable, so I could easily cross the green over the trees.

Brown followed it up the very following day with a 1-over 73 at the Summit Tournament at Crescent Farms Golf Club, tying him for fourth place.

“I wasn’t pleased with my putting. For me, the greens moved a little slowly, she said. “I should have done more short game work, but I did a lot of long game work when we got there. The game was passable. I believe I could have performed a bit better. Much better, in fact.

Brown shot a 6-over 76 on Wednesday to finish fifth at the Angel Classic at The Quarry at Crystal Springs Golf Club, her third tournament in three days.

“You just kind of expect good scores when you see top of the leaderboard and top of the leaderboard (in the first two tournaments),” said Kress. But golf is a game in which you occasionally don’t get your breaks, you miss your putts, or you fail to adapt to greens. As a result, you are aware that sometimes you will succeed and other times you won’t, and you may draw lessons from both.

Even if the outcomes on that particular day weren’t what Brown had hoped for, she still had the opportunity to play in the same group as Tolton’s Audrey Rischer, the defending runner-up in Class 3.

Brown remarked, “We chatted a lot about collegiate golf. I explained the procedure to her, as well as what she must do and what coaches are looking for.

Brown will eventually reach that stage, but for now, she is focused on trying to win the state championship in her freshman year as the Class 4 tournament gets underway in early October.

Brown does have another objective for this year in addition to that major one.

To get ready for the following year, she added, “this year, I have a goal of attempting to encourage some of my friends and others to join the golf team.” “I just want to show some folks the game of golf to see how they like it; they don’t have to be outstanding. Great if they adore it.

A freshman sensation as grounded as Brown is a fantastic recruiting tool in Mehlville, whose last top-10 player in the state was Alisha Matthews from 2005 to 2007. Kress would appreciate some further reinforcements for next season (fourth, second and sixth at the state tourney, respectively).

It would be wonderful to generate some interest in the middle schools and attract a few more players, Kress said, “since I know that we’re losing some seniors.” She is a decent teammate and modest. She is at a level below our girls, who are at a higher level. You have no idea how it would turn out, but they all welcomed her. That is extremely lovely.