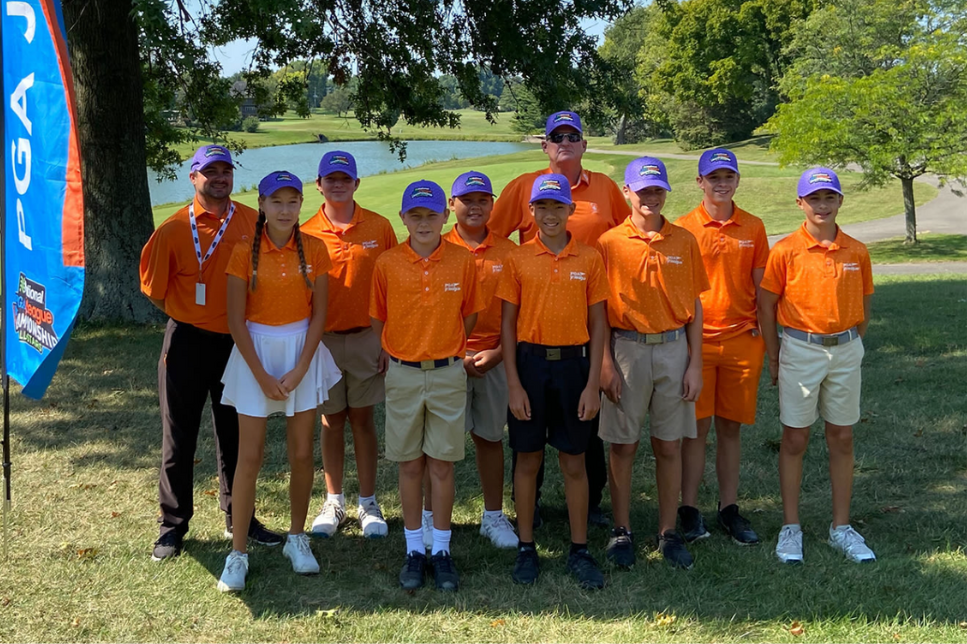 This past weekend, the National Car Rental PGA Jr. League Regional at Oxmoor Country Club in Louisville, Kentucky, featured ten all-star teams from Illinois, Indiana, and Kentucky competing to decide the champions of the 13u and 17u age groups.

At Oxmoor Country Club, six teams of golfers between the ages of 10 and 13 competed for the 13u Region 5 championship. Cog Hill (Lemont, Illinois) recorded an incredible 34-under-par after the first day of competition on Saturday, moving into the semifinal round as the top seed.

The Boone County Golf 1 13u All-Stars of Bowling Green (+20) and Union, Kentucky’s War Admirals 13u All-Stars (+58) completed the 13u division field. On Sunday, these teams had the option of taking part in a 9-hole, two-person scramble Raptor Shootout. Thomas Leone, 13, and Chandler James, 12, of Boone County won the shootout with a 35.

IN HOMETOWN SUCCESS, LOUISVILLE STARS 17U WIN 17U DIVISIONAL TITLE

The Louisville Stars All-Stars won the regional championship in the 17u division. The expanding 17u division (ages 14–17), which participates in the National Car Rental PGA Jr. League Championship Season for the second consecutive year, finishes its All-Star journey at the Regional.

Louisville defeated Ironwood 8.5 to 0.5 in the semi-final match play on Sunday to progress to the final. Teams SGA 1 and SGA 2 from Indiana competed against one another, with SGA 1 winning 8.5-0.5.