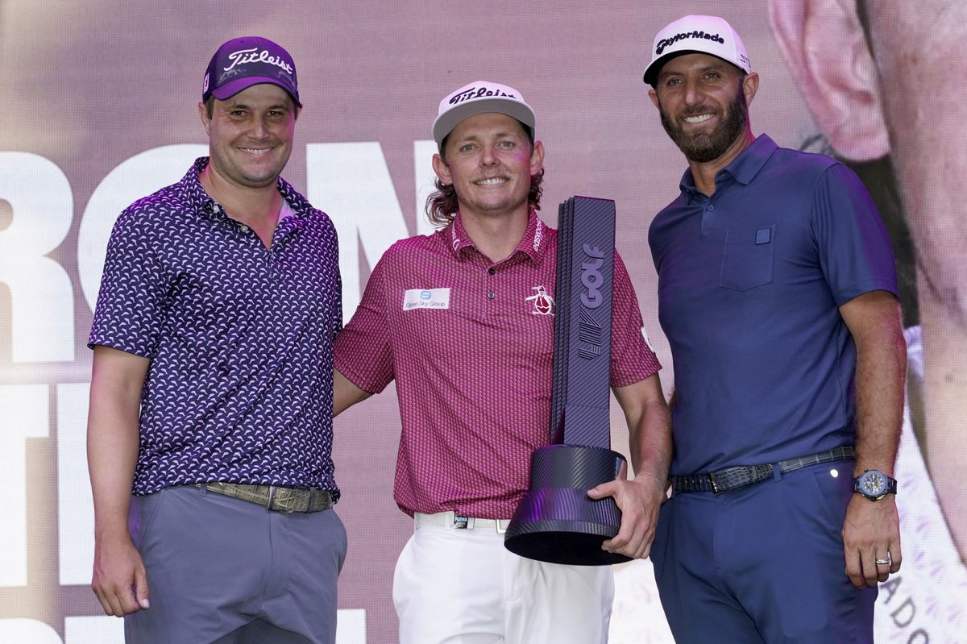 LIV Golfers urges Official World Golf Ranking, in a letter to Chairman, that its results be added retroactively to the global ranking.

LIV Golf submitted a request to be counted in the world ranking on July 6. Each day, 48-man fields compete in 54 holes with a shotgun start.

A new tour must adhere to the rules for at least a year in order to be accepted in order to gain global ranking points. On June 9, the Saudi-funded league held its inaugural competition.

All 48 competitors in the LIV Golf Invitational-Chicago competition, as well as two-time Masters champion Bubba Watson, who has signed with LIV but is not anticipated to begin competing until next year, signed the letter that was submitted to Dawson on Friday.

The letter stated that the absence of LIV from the OWGR would be “incomplete and inaccurate, the equivalent of leaving the Big 10 or the SEC out of the U.S. college football rankings, or leaving Belgium, Argentina, and England out of the FIFA rankings.”

Except for the majors and the European tour events they were permitted to compete in, players who signed up for the lucrative LIV Golf series have not received ranking points.

When he joined LIV, Dustin Johnson was ranked No. 13 in the entire globe. In the British Open and the U.S. Open, he tied for sixth place. At each of the five LIV Golf competitions, he came in among the top 10. (including a win and a runner-up finish in the last two). He is now ranked number 23.

Talor Gooch was ranked 35th and gradually dropping until he competed in the BMW PGA Championship on the European tour, finished fourth, and rose back to that position. A week later, he lost one place.

LIV players can only presently gain ranking points at events on the European Tour and on other circuits, like as the Asian Tour or Japan Golf Tour, if they wish to participate.

The top 50 at the end of the year are invited to the Masters since 1999, while the U.S. Open and British Open also use the world ranking as a major factor. Despite falling under the category of “special invites,” the PGA Championship has a history of inviting the top 100.

The OWGR’s goal to administrate and publish each week “a transparent, reliable, and accurate Ranking based on the relative performances of players” is mentioned in the letter.

The letter posed the question, “How can such a system possible disqualify players competing at such high levels against some of the strongest fields of the year for such high-profile events, for enormous purses?”

13 of the top 50 golfers in the world are members of LIV Golf, with Cameron Smith at No. 3 in the rankings.

PIP AND THE TIGER

Late last year, Tiger Woods participated in a 36-hole competition with his son at the PNC Championship while serving as a tournament host for four days in the Bahamas. He won the Player Impact Program and its $8 million with just that.

In 2023, the PIP programme will be expanded, and the winner will get $15 million. Players must compete 16 tournaments before they are eligible to get the PIP bonus. Woods has only competed in three majors this year, and it is unlikely that he will play in many more.

Of course, there is an exception. And no, it isn’t for anyone with at least 80 victories and 15 major championships. The commissioner may decide to give PIP money to players who don’t fulfil the tournament restriction if they suffer a serious injury or another emergency that prevents them from competing, according to the PGA Tour.

Given that the Presidents Cup is being held in a region known for its collegiate basketball, asking each captain to name their starting lineup seems only appropriate.

After giving it some thought, Davis Love III, a golf player for North Carolina, found it to be less difficult. He is given size and athleticism by Scottie Scheffler and Tony Finau (and have a history playing hoops).

“I’m always putting Tony out there,” he added. But we’d tape his ankles.

In the Par 3 Tournament at the 2018 Masters, Finau severely sprained his ankle when running backward to celebrate a hole-in-one.

Love preferred Kevin Kisner and Jordan Spieth as his shooting guards. Even Sam Burns and Xander Schauffele were beyond his reach.

Immelman remarked, “I still think we’re certainly underdogs if we participate in basketball, too.

The 20-man field for the Hero World Challenge in the Bahamas must be filled by the end of the next week, and the tournament’s host, Tiger Woods, will rely on his position in the world rankings.

The field includes the current winner (Viktor Hovland) as well as the four players and The Players Championship champions. Because he currently plays for LIV Golf, Cameron Smith, who won both the British Open and The Players, will not be eligible.

There are three exemptions, one of which is available to the tournament host (he does). The remainder are based on the world rankings that were announced following the Tour Championship.

Players who signed with the league supported by Saudi Arabia in violation of the PGA Tour’s rules are ineligible for the Hero World Challenge, notwithstanding the fact that it is an unofficial competition.

The next 13 players in the global rankings after Smith are not members of LIV Golf, but they are still able to compete if they so desire. LIV Golf would be quick to capitalize on the fact that a 20-person field will receive world ranking points.

The Greg Norman, CEO of LIV Golf, hosted QBE Shootout is still scheduled and will follow the same set of rules. As a result, LIV players Jason Kokrak and Kevin Na will not be defending their team’s championship.

The “Blessings in a Backpack” programme, which provides for underprivileged children on the weekends, has received funding from the Justin Thomas Foundation to cover the cost of weekend meals for 500 students at Camp Taylor Elementary in his hometown of Louisville, Kentucky, for the duration of the academic year. The 2026 U.S. Senior Amateur and the 2013 U.S. Women’s Amateur will take place at Baltimore Country Club. The East course will host both competitions. The U.S. Women’s Open was most recently held at Baltimore Country Club in 1988. Four of Max Homa’s five PGA Tour victories have come from behind. The head professional of Maui’s Kapalua Plantation course, Michael Castillo, will have a hectic start to the year. Castillo triumphed at Poipu Bay in the 2022 Aloha Section PGA. He will compete in the Sony Open in Honolulu one week after helping to host the Sentry Tournament of Champions on his home course.

STAT OF THE WEEK