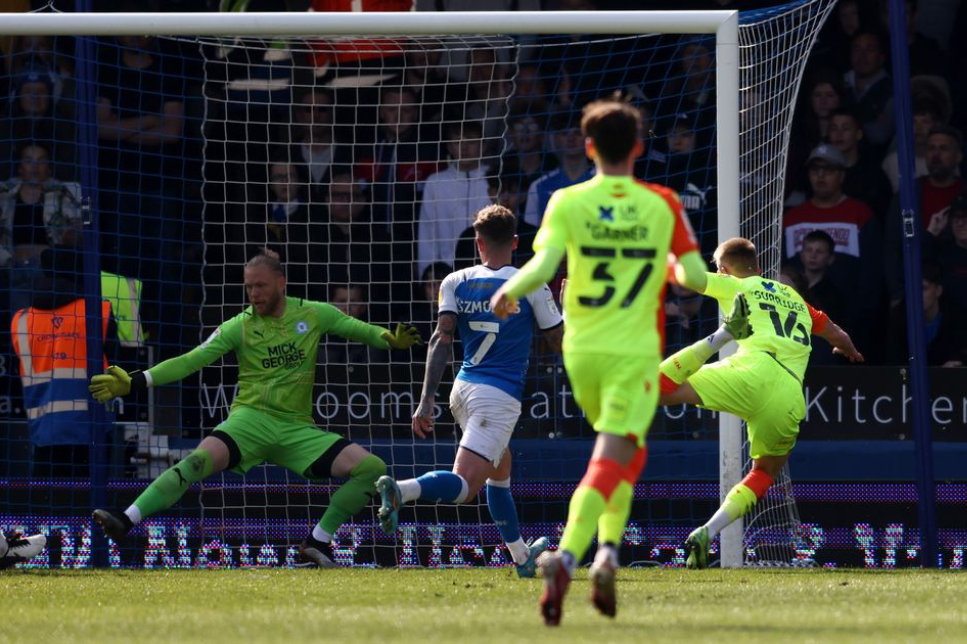 “The start of the season has been really good. Also, we should have gotten more points in some games in the beginning of the season since we deserved them,” said Silva.

“But it’s just seven games. It’s just the beginning of the season. We go into the international break with confidence and then we prepare for the next match.”

“There are many battles ahead of us. We are happy with how we started but we must keep going.”

After Taiwo Awoniyi headed in a corner, Forest were stunned by a Fulham comeback in the second half.

It was 2-1 after 54 minutes when Tosin Adarabioyo headed in an equalizer, before Joao Palhinha scored an incredible strike.

Before Forest could catch their breath, Harrison Reed stroked in a third.

The momentum switched back to Steve Cooper’s side, but time ran out to score another as Fulham clung on for their sixth league win.

Silva said, “Even though we suffered a little in the last few minutes, it was still a fantastic feeling.”

I congratulate the players because it is extremely difficult to do something like they have done. It reflects the way we work and prepare every single day to improve.

“We are a group and a unit working hard to achieve our goals. We believe in ourselves and always trust in our abilities.” 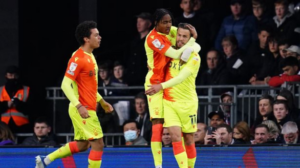 After Forest’s 2-0 advantage over Bournemouth two weeks ago ended in a 3-2 Cherries victory, Forest have now thrown away a lead twice in the Premier League.

Forest, who finished 10 points ahead of Fulham in the Championship last season, also tested Fulham in both halves.

For Forest, Awoniyi and Morgan Gibbs-White both came close, while Aleksandar Mitrovic, Kenny Tete, and Andreas Pereira all forced Dean Henderson into a save.

Fulham’s ruthless six-minute attack did the damage as Forest were humbled once again by the harsh realities of life back in the top division.

In tribute to the late Queen Elizabeth II, both teams observed a minute’s silence before kickoff, during which supporters sang the national anthem and applauded.

This matchup featured two clubs that competed in the Championship last season, and it had the same level of physicality that you’d find in a match in English football’s second division.

The City Ground witnessed a fascinating spectacle as both teams played with vigour and ferocity.

There were numerous tackles at both ends of the field. Steve Cook may have been lucky to just earn a yellow card for fouling Willian of Fulham when he was through on goal, and Issa Diop collided with Forest’s Johnson late in the first half to give away a wasted free-kick on the edge of the box.

However, as the game progressed, the battles got less equal and the momentum frequently changed in the direction of either team.

Before Lingard’s brilliant flip assisted in setting up O’Brien’s goal, Fulham appeared to be in charge when led 3-1, making for a tense conclusion in Nottingham.

Before the visitors could finally calm things down and secure the victory, Forest pushed and pushed for an equaliser while Fulham still had opportunities of their own.

In their brief time in the Premier League, Cooper’s team has already displayed a great deal of threat, but they have now given up 14 goals in their last four losses, which needs to be addressed.

“It has occurred once more. We’ve gained the lead in a few games recently but failed to maintain it.” – Cooper, the manager of Forest. 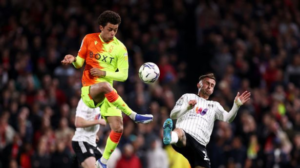 “We are not handling giving up the opening goal well. We lost the final two games as a result. At any level, but particularly this one, you cannot do it. We must do better in this area.”

“There are occasions when I notice positive developments and our team appears to be developing. When we gave up three times in those five minutes, we appeared to be a new squad.”

“We must act right away to address it.”